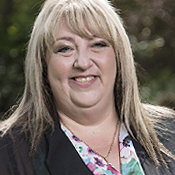 People don’t realise that spending £6,000 a year on cigarettes is the same as a holiday.

Sarah started smoking at 15 when her family lived in France. She said:

“Everybody else was smoking. There was nothing else to do. You’d fit in better if you smoked – you became part of the cool clan”.

She would smoke 30 cigarettes a day costing her £450 a month. Sarah became worried about the impact of smoking on her health, and this worry pushed her to do something about it, which she said was ‘priceless’.

This year, Sarah made the decision to quit and the first step she took was to make an appointment with her GP. The damage to her health caused by her smoking, shown by her doctor was enough to motivate Sarah to instantly stop smoking. Sarah joined a gym and went five times a week to help beat the cigarette cravings.

“The trainers at the gym know that I have quit smoking and that I needed something to replace it – so they gave me a tailored programme. I love it at the gym - it’s a release. I feel good afterwards because I don’t cough. I don’t feel like I’m out of breath”.

Sarah’s children were also at the forefront of her mind in her decision to quit. Sarah realised she needed to quit smoking when her 9 year-old son kept saying that he didn’t like her smoking.

“I’m ashamed to say that I have probably tried 10 times to quit smoking. This time it is different because I’ve got no urge or cravings whatsoever. When I think about smoking now, I think about having a sore throat or feeling sick – I’m much better without cigarettes and I now enjoy going to the gym. When I’m on the exercise bike I can go longer without having to stop. It is an incredible feeling”.

Sarah now spends the money that she would have spent on cigarettes on looking after herself. She enjoys getting her nails done, which she wouldn’t have had the money for before she quit smoking. “I pamper myself more, I take more care of what I look like and I don’t waste money on smoking”.

Sarah found quitting difficult; particularly when she was surrounded by smokers. But despite this, she knows that the health benefits from quitting far outweigh picking up another cigarette.

Sarah’s advice for others wanting to quit is “Don’t just say I’ll finish this pack of cigarettes then I’ll quit. If you’re in that zone you are not ready. Be bold - chuck the cigarettes away and do it now. You won’t regret it.”

If you are thinking about quitting, we can offer telephone or video support. Contact us and a friendly advisor will call you to talk through the options in your area.

Fill in a referral form