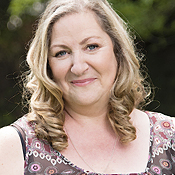 The day I quit smoking was one of the best days of my life.
Julie, 51, Minster in Kent

Like so many, Julie really wanted to reduce her dependence on cigarettes and tried different ways to quit smoking – including hypnotherapy. When this didn’t work Julie searched online for local help and support and found a Kent Quit Club.

“I searched online and found the quit club and decided to give it a try. I was prescribed nicotine replacement therapy and this was key in helping to beat my cravings for cigarettes. It was a 12- week course but at 6 weeks I had already given up and I had no cravings and no withdrawal symptoms. It was fantastic. Quitting smoking was one of the best days of my life”.

Julie wanted to quit for her children, her health and to save some money. Smoking was costing her family over £8,000 a year. She was also aware of the harm and dangers that come with smoking, and she didn’t want her children to take up the habit - she wanted them to live healthier lives.

“My children used to say that they don’t want me to die, which they still say to their dad who is still a smoker. It is heart-breaking”

Despite other family members smokers – including her partner – Julie is free of cigarettes. One of the positives of stopping smoking is not smelling of smoke and knowing that she will be there for her children.

Julie’s advice for people thinking of quitting is to first focus on being ready to quit. Write down your reasons and keep referring to them.

“Do it for you, not for anybody else. If you feel that the time is right for you then do it but if people keep on at you to do it then it’s not going to work. You need to want to do it for yourself”.

Get free proven support to help you quit smoking forever. Choose from a Quit Kit, a mobile app and face-to-face support.